With the vision of nurturing talent for the railway industry in the Mainland of China and supporting the implementation of the Belt and Road Initiative, MTR Corporation today (10 October 2017) signed a Letter of Intent with Hangzhou Metro Group to set up a branch campus of the MTR Academy in Hangzhou.

Mr James Lau, Secretary for Financial Services and the Treasury, and Mr Frank Chan, Secretary for Transport and Housing of the HKSAR Government, who are also Non-executive Directors of the Corporation, were also present to witness the signing ceremony.

Under the Letter of Intent, both parties will collaborate to plan for the establishment of a branch campus of MTR Academy in Hangzhou, which will provide a high quality training curriculum to railway executives and professionals and conduct research in the rail transport field. The two parties will conduct further discussions on the planning and detailed collaboration arrangements for setting up the branch campus.

"We are truly honoured to have received tremendous support from the Hangzhou government on the proposal to establish a branch campus of MTR Academy in Hangzhou,” said Professor Frederick Ma. "Over the past several years, MTR has been providing efficient, reliable and world-class metro service to the people of Hangzhou. Through this cooperation, we are looking forward to extending our quality training services to the eastern part of China, and even the Belt and Road region in the long run, so as to enhance the international competitiveness of the Chinese railway industry,” he added.

The MTR Academy was set up on 10 November 2016 in Hong Kong, with the vision of becoming a globally recognised railway management and engineering centre of excellence that offers high quality programmes for people in Hong Kong as well as the railway industry in the Mainland of China, the Belt and Road region and around the world. 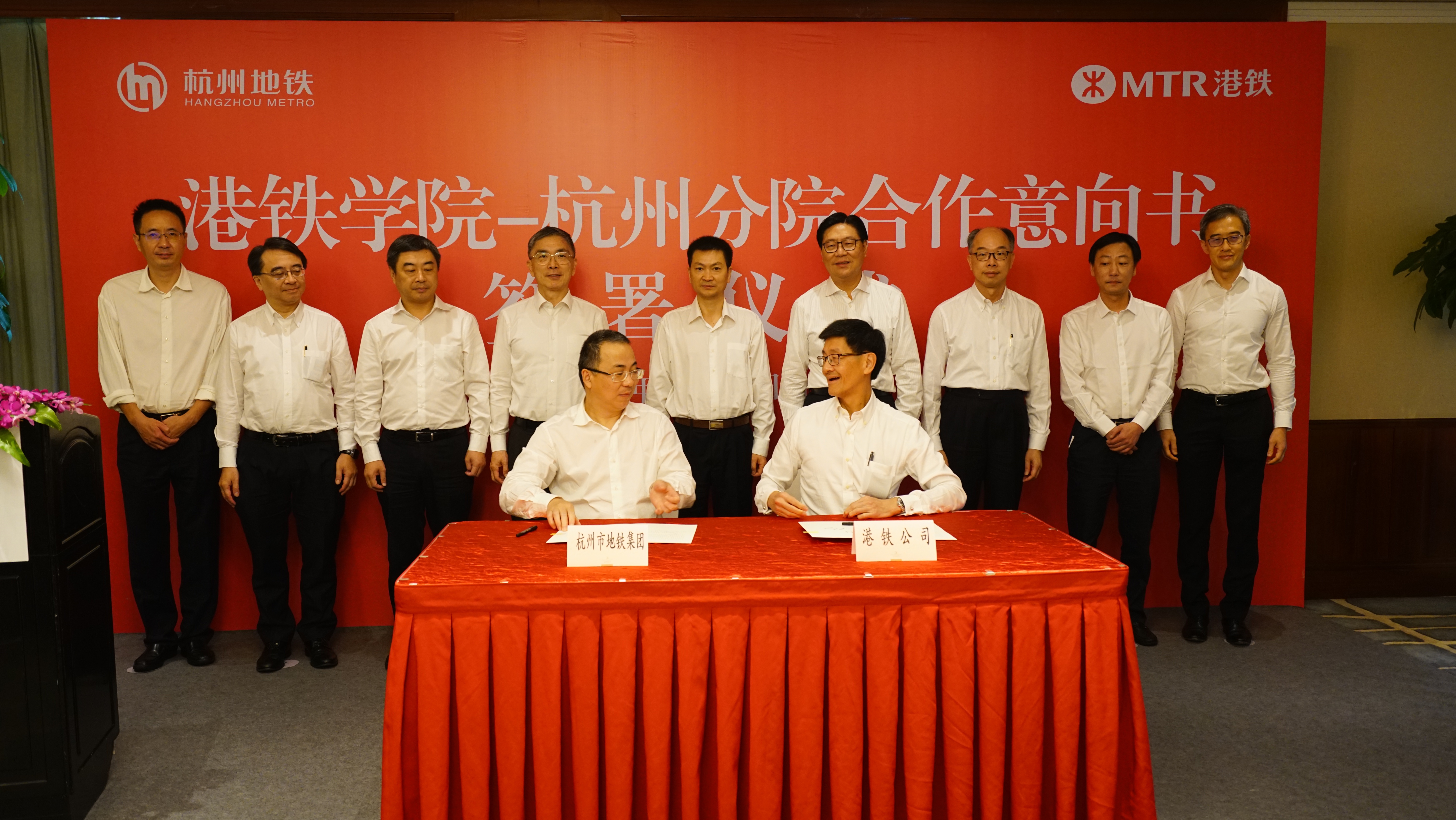